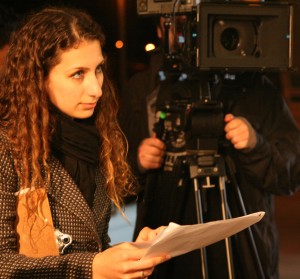 Sara Hopman follows one belief when it comes to editing — story is king. In between the flashy cuts and attention-grabbing content, a narrative comes alive. Sara seeks to capture stories of the human condition and aims to maneuver them to inspire people around the world.

In 2010 her short documentary, Day Job, won the Economic Justice Award at the Media that Matters Film Festival in NYC. The film received worldwide distribution, multi-platform broadcast and public, theater & festival screenings. Many of her other films have premiered at festivals around the world including the Dawnbreakers International Film Festival in Switzerland and the San Diego Film Festival in California.