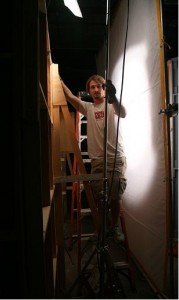 Christian Butcher is an alumnus of San Diego State’s Television, Film and New Media Production program where he was honored with the 2008-2009 Student of the Year Award. He trained in every aspect of filmmaking, with an emphasis towards film lighting. Since graduating, Christian has been involved in the full spectrum of production. Working on projects ranging from small independent films and low budget music videos to big budget blockbusters like Transformers 3 and The Dark Knight Rises. His experience allows him to move quickly and independently within a small low budget style crew, while producing a higher budget look and raising overall production value.