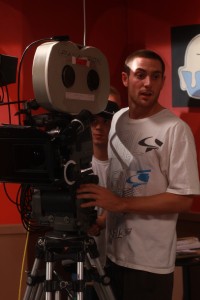 Chad graduated from San Diego State with a major in Film Production in June 2011. In school, his knowledge in the craft grew by working on over 30 student films and countless other productions. He has experience shooting on a number of cameras including Canon 7D/5D, Sony F3, XDCAM, RED Mysterium X, Arri BL4 35mm, and Panavision G2 35mm. Chad has used these tools to constantly push his own boundaries and make exciting new material. He was worked on a number of award winning films and has been recognized for his accomplishments in cinematography.