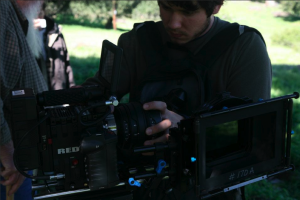 Andrew Ham is a videographer/cinematographer from Northern California and has recently earned a Bachelors in Science at San Diego State University. While majoring in Film Production, Andrew had the opportunity to shoot a variety of short films including two that have played in several festivals around San Diego (Musical Monday, Deep Dish). Andrew has taken on many genres including musicals and period pieces and has been able to bring stories to life through the eyes of the camera. Andrew has gained his experience shooting with numerous cameras including DSLR’s, Sony F3, CP 16mm, and the Red MX.

Apart from film, Andrew has also worked on several music videos as well as commercials/advertisements and worked as a cinematographer on the Thick-Headed Tour.