A few days following our screening in San Diego, our team headed north to Santa Monica, California to participate in the 2015 American Film Market. For those of you unfamiliar with the film industry, the American Film Market, better known as AFM is one of the largest markets in the industry. Held annually over a period of seven days in early November at the Loews Hotel in Santa Monica, this market attracts filmmakers, distribution companies, sales agents, producers and industry professionals from around the world. These professionals all converge upon this market with the intention of buying, selling and packaging all of the newest projects on the market. So naturally for a film like ours looking towards the next stage of distribution, this was the place to be. 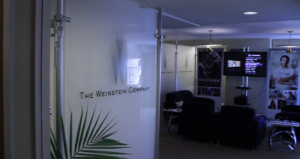 The overall goal of filmmakers at the AFM is to meet with as many acquisitions executives of sales agencies and distribution companies as they can. In doing this, they open their project to an entirely new set of companies who believe that if they acquire a certain project, they can effectively take it to the consumer marketplace and turn a profit in doing so. Film distribution is in an extremely diversifying state at the moment as new channels of distribution continue to emerge and revenue sources shift to reflect changing consumer viewing patterns. With that being said, it comes down to the production company as well as the distributor to decide which outlets will be the most effective for the given film and to target and market to those outlets effectively. 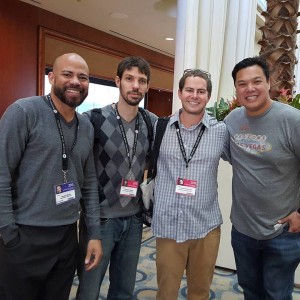 But first we had to find a distributor. Over the course of our three days at the market, we met with nearly 30 different distribution companies with the intention of pitching the film to them. Each of these distribution companies would rent out rooms in the hotel as filmmakers walked around from room to room to pitch their projects to these companies. While proving to be quite an endurance test at some points, this experience was definitely a very exciting one for us, especially in meeting with companies that seemed very interested in the project.

Throughout these three days, we had some major breakthroughs, some minor setbacks, and in the end a much greater knowledge of the current film market. While much of the work and deals are completed in the weeks following the market, we believe we found ourselves some very promising leads as we look towards this next round of distribution and will certainly keep all of you posted as we hear more in the upcoming weeks!